We have seen that the neuromarketing can help in multiple strategic activities for companies to create better communication strategies: first of all, using the measurement of implicit answers and automatic processes of users, as well as specifying and strengthening the role of brand engagement, that is the values ​​and cultural associations associated with the brand.

These implicit, cognitive and emotional aspects influence the purchasing decisions and behavior of potential customers. Marketing has always been attentive to consumer responses, measuring their preferences and behavior, and is interested in changing purchasing behavior and influencing user engagement with a particular brand.

In this article we will try to answer three questions:

1.  What are the processes capable of influence behavior of consumers?

2.  What are the variables which influence the choices?

3.  How much the presentation of situations does it have a weight in the decision?

Decision making and the relevance of the context: the framing effect

Erving Goffman, with the concept of framing, allows us to investigate how the responses to a stimulus can be drastically different depending on how a problem is communicated or the context within which it is presented (Goffman, Erving. 1974): the word “frame” indicates the context within which the person is inclined to make a decision. This concept can be understood at different levels, from the simple linguistic presentation to the layout of the physical environment.

Lakoff, an American linguist expert in cognitive sciences, demonstrates how even simple words they activate certain frames, regardless of the rationality and intentionality of the subject.
“Each word is defined with respect to what cognitive scientists call frame … Every frame it is implemented in the brain by a circuit of neurons. Whenever a circuit of neurons is activated, it is strengthened.” 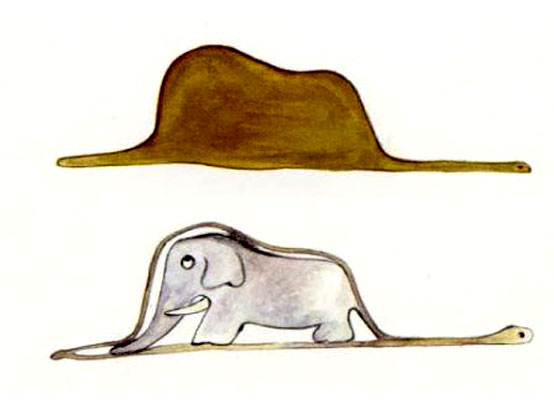 The Decision Making in complex situations

What happens when we have to make decisions that involve the choice between different options?

Kahneman and Tversky (1981) have shown how it is possible to experiment on how subjects make decisions and analyze the implicit cognitive processes that take place in the mind of the decision maker: including the relevance of the “Framing Effect”.

Consider the experiment they proposed in the famous case of the “Asian disease problem“.

We are in the United States, and an unknown Asian disease is expected to kill 600 people. Two possible alternative programs have been proposed to combat the consequences:

Which program would you choose?

72% of the 152 subjects used in the trial chose program A, showing a clear preference for the option with the safe outcome.

The same problem has been proposed to another group of 155 subjects with a different formulation of the intervention programs:

In this case, around 78% of the participants chose program D, showing more risk appetite and not accepting the loss.

Just think rationally to understand that options A and C are identical, as well as B and D, but they are presented “framed” so that they are activated mental frames different, which influence the choice.

Continuing the reasoning rationally, the theory of the expected value (ie multiplying the event by the probability of obtaining it) shows that not only the options A and B are equivalent, as well as the options C and D, but all four choices have the same expected value: 200 lives saved.

The presentation of the different options influenced the perception of the solutions and the subsequent choice and decision making: changing the attentional focus on the positives rather than negative, it has led to influencing people’s choices. This phenomenon, which is part of the prospectus theory, is also found on the mechanism defined as “loss aversion”. The motivation of the subjects to avoid losses is clearly higher than that of seeking a profit.

At the neuroscientific level, De Martino, an Italian researcher at UCL, (2006) identifies at the brain level the circuits that are activated in the choices where there is a propensity to risk, in the case of situations in which safe loss is highlighted.

Neurobiology of the framing effect

Why does this happen? Why are we inclined to the safe choice if presented in the positive frame? What happens in people’s minds during choices?

Here emotion comes into play, and neuroscience helps us understand the brain areas involved: the amygdala and the medial orbifrontal cortex (De Martino, 2006).

The activation of the amygdala is home to the processing of emotional stimuli, so we are automatically led to avoid adverse stimuli and seek attractive stimuli. People who are more able to control and block emotional responses have greater activity in the medial orbitofrontal cortex: the area capable of inhibiting the activity of the amygdala.

This article is a good example of how our decisions are often strongly influenced by the way choices are presented (“Framing effect”) and implicit cultural references, and highlights the role of the emotional and cognitive, implicit and rational aspects and their brain substrate.

How to apply these evidences to marketing strategies?

Creating an effective frame means doing skillful use of communicative, symbolic elements that guide the emotions of the public so as to predetermine acceptance (Engagement) even before critical analysis.

How can stimuli be presented that attract the attention of the public? There are variables that influence decision framing and act as “Bait effect“?

We will see it soon.