Home Journal Marketing with Experiences How sport will change after Coronavirus: redesigning the fan experience, from eSports to D2C services

How sport will change after Coronavirus: redesigning the fan experience, from eSports to D2C services

The Olympics have been postponed, the main championships are suspended and the competitions that have received the green light to a gradual restart – Italian Cup and Serie A in the first place – are taking place behind closed doors: the pandemic has certainly not spared the sports industry, overwhelming a sector in which gatherings at the stadium are a fundamental part of the customer experience.

“No gathering, no party”, as George Clooney would have said with a drink in his hand. But how long can sports survive without a live audience? How can sports clubs redesign the experience of players and fans to adjust it to the new post lockdown context?

Let’s go back to basics: the business model of sports clubs

Each sports club basically has three sources of revenue: the sale of television rights, sponsorships and the sale of tickets for the event. Of the three sources of income, the largest is given by broadcasters: just think that, looking at the last 5 years, the total value of sports rights sold in the world stands at around 50 billion dollars.

It is not difficult to deduce how the lockdown and the cancellation of physical events have had a dramatic impact on the entire triplet: millions of dollars in box office receipts were missing for the main teams; the contracts with sponsors and broadcasters are also at risk if clubs will not soon define new ways of involving and exposing their fans.

Covid-19 and sport, the reaction to Coronavirus of the sports industry: from broadcasters to NBA

The first reaction from the world of sport saw the sector move almost in unison in the search for new tools for the involvement of fans, with the ultimate goal of capitalizing on the peak in media consumption that hit all channels during the lockdown.

The emptiness left by the suspension of live competitions was therefore quickly filled by an expansion of the on-demand content made available by the main sports broadcasters: from ESPN to Fox Sports, historical matches, archival videos and documentaries, unreleased niche competitions, in an attempt to keep users connected.

If this reaction saved (temporarily) broadcasters on the one hand, how are sports clubs moving?

Mark Tatum, Deputy Commissioner and Chief Operating Officer of the NBA, summed it up in a recent interview with the World Economic Forum: “We’ve launched an NBA 2K competition [an esports form of the game] with players streaming from their homes. We’ve expedited production to bring forward the release of a Michael Jordan documentary [“The last dance” on Netflix]. We’re hosting live quarantine parties on social media with current and former players, and we’re showing classic games every night – all things to continue to engage our fans during this time.”

The entire interview is available here. 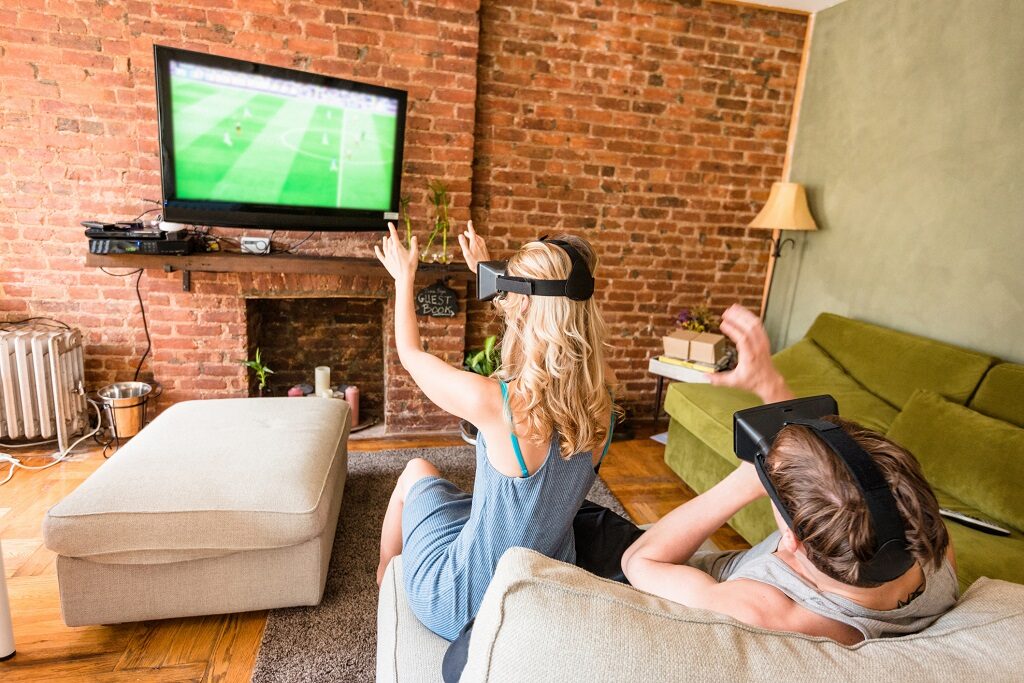 Mark Tatum’s words offer an interesting overview of what many clubs have introduced to survive in a context that is completely changing its shape: eSports, on-demand content, new ways of virtual interaction.

Let’s start from eSports: assisted by the gaming industry, many sports have gone from real to virtual. Official video games allow fans to relive – from the sofa – the excitement of their favorite sports, but also allow to give visibility, albeit from a game, to the brands of the sponsors.

However, the real breakthrough in quality have been made by the sports clubs that have seized the possibility of redesigning the relationship between fans and players in eSports: if already through social networks it was possible to peek into the lives of top players, online tournaments – from Fortnite to Call of Duty – allowed fans to virtually enter the athletes’ lounges to team up in a parallel world, chatting with their idol on the headphones as they do with their classmate.

A fun and effective variant of this trend saw our Benetton Rugby sports neighbors (TSW is less than a kilometer from the sports center where the team trains) competing live on Fortnite on a player’s Twitch channel, with the fans connected to watch the athletes try their hand at a challenge without an oval ball.

An activity that connects eSports and D2C together, a trend that is spreading exponentially.

Less known than the B2B and B2C models, the D2C or “Direct-to-Consumer” model shortens the distances between brands and people, eliminating all forms of intermediation between the brand and the end user. During the lock down, many clubs adopted it in the distribution of sports content to keep the relationship with the eager entertainment fans alive, further accelerating the decline of cable TV. To do this, they relied on OTT services and more easily on social channels, broadcasting unpublished pre-matched content, organizing live matches with the players, re-proposing historical matches or archive files not yet published.

How much will this boost in the adoption of the D2C model affect future scenarios? Very very much. The switch to on-demand content on brand-owned streaming platforms or on social channels does not mean certain death of the TV as we know it today, but clearly highlights that something will have to change to respond to the changing needs of people.

Needs that change and create space for technological innovations. It is no coincidence that the third trend is linked to the new ways of involving fans: although more slowly than the D2C models, the diffusion of immersive technologies is also increasing with the aim of recreating the experience of the stadium and cheering in new forms. If the virtual audience seen during the Coppa Italia final at the Olimpico has not completely convinced the audiences, in Japan there are those who already work on a new application to make their fans cheer – literally – even from the sofa: it is “Remote Cheerer powered by SoundUD” and will allow viewers to support the team aloud remotely; the messages recorded by the sofa will then be managed and transmitted simultaneously by the speakers of the sports facilities. The possibilities are endless: from advanced augmented reality to visual effects, redesigning the viewing experience of games from home is no longer an option.

And the athletes? Research and listening to improve performance

If on the one hand there are the fans, deeply dismayed by the impossibility of gathering at the stadium, on the other hand we often forget about the athletes: how much does the absence of cheering affect their performances? Difficult to say.

However, what is possible is to think about how a recurrence of the lockdown may not necessarily mean a total suspension of training. We talked about eSports as a tool for the involvement of fans, but their application can also exist in the research field. How? By using virtual competitions (a PES tournament? A COD match?) to recreate stressful conditions and train professional athletes to manage the activation level with the ultimate goal of applying the generalization of the response to the stimulus also on the field. Already in 2014, Emmen and Lampropoulos published a scientific study on how the nervous system and heart rate could be used (biofeedback), to modify the difficulty of an arcade game (Pong) and teach players to control their stress level in challenging conditions. A remote training, which probably combines business with pleasure.

Therefore? What will happen to sports after Coronavirus?

It will continue to exist, we will continue to cheer, but the ways will change because people’s habits are changing. It is in these moments of transformation that knowing how to listen acquires more value than ever: it is the fans who can give us the answers, even before the questions come to mind. You just need the right skills and tools to listen and design new experiences, built together and for people.