Understanding consumers’ emotions with the electroencephalogram

We are talking about neuromarketing for some weeks now, and it will be clear to many of you how many branches of this discipline, as well as its tools, can help companies better understand what really moves the consumer and what ultimately leads them to purchase and establish a deep bond with the brands.
But it is a question, in particular, that moves us experts and the curious of the discipline, that is: how does our brain work?

This question is probably the most archaic and fascinating since the beginning of time. In the common imagination, for example, the brain is divided into two lobes with completely different tasks. The left hemisphere would be related to language, logic, rational, while the right hemisphere to more creative activities of a high emotional and artistic nature.

This simplified vision is due to the research of neuroscientist Roger Sperry, 1981 Nobel Prize winner who analyzed split-brain subjects. Unfortunately, in an attempt to provide a simple vision, the consequence is that of losing many, too much information. The brain is not so simple and simplified. Undoubtedly the two hemispheres play different roles, but the interactions between them are decidedly complex. For this reason this summary distinction is today accepted only in non-scientific contexts.

The brain is divided into two parts, related to logic and emotions? #neuromarketing

But if the two hemispheres are so different from each other, are there any components that can be identified specifically for their brain location? Well yes. There are dynamics that can be isolated. An example in this regard is the pleasantness. In the famous experiment of Roger Sperry (1979) the brain waves in a series of volunteer subjects watching a television program. L’EEG analysis showed that there were considerable changes based on the emotional state of the subjects. In the presence of pleasant situations, there was a confirmation of greater activations of the left frontal hemisphere. Similarly in negative situations there were activations of the right frontal hemisphere (Davidson, Schwartz, Saron, Bennett, and Goleman, 1979).

The identification of a precise pattern has allowed us to investigate the most disparate contexts. In the work published in the “Journal of Economic Psychology” there was an evaluation of the appreciation of the “Sony” commercials of 2005, 2006 and 2007, with the aim of comparing and understanding the communicative effectiveness in evoking responses of engagement (Ohme et al, 2010). The survey allows us to understand the strengths and weaknesses of the three spots.

But there are also studies aimed at investigating brain responses, comparing spots of a different nature. In a study conducted in Milan of Balconi et al., they are compared brain analysis of the spots of Samsung, Barilla, Calzedonia, CheBanca!, and Enterogermina.

The analysis of brain asymmetry shows that significantly more appreciated spots are easily identifiable. Negative values indicate greater activation of the left hemisphere. Think about what could be done by comparing the competitive spots.

Brain waves allow us to investigate emotions, really understanding what happens on an emotional level, in people’s minds, avoiding having to ask them directly for an evaluation, always and inevitably mediated.

This method of investigation opens the field to new and incredible worlds. Recently (Jing Chai et al., 2014) solid results have also been published concerning the user experience, which shows how the interest is spreading on all those issues that are compatible with the EEG analysis.

The question is: how much can the user bear, in terms of frustration, before leaving a site?
Any context, in which emotions play an important role from a decision-making point of view, therefore becomes a world of possibilities. Possibilities that can be investigated, repeated and quantified, at a scientific level.

These possibilities are those that we explore and apply in TSW XP Lab: through brain wave analysis we can understand the emotions that consumers associate with brands, and what are their feelings along the navigation path of a site, of an e-commerce, in the vision of an advertising spot and in the physical world, be it retail or for example the opening of a product’s packaging. 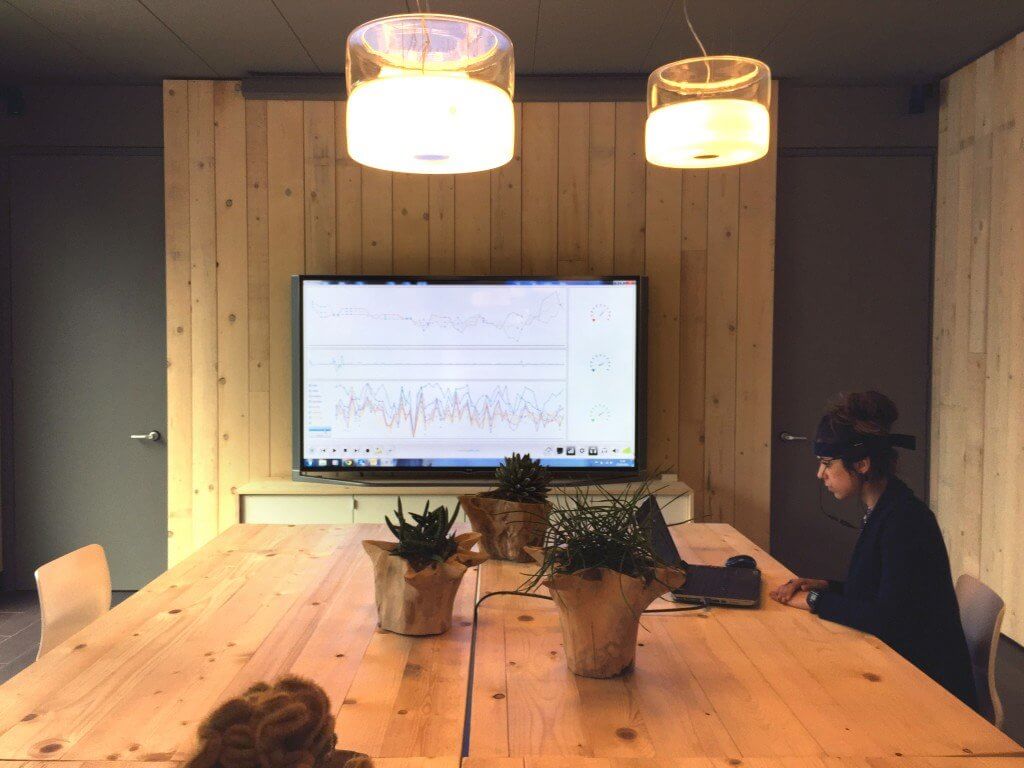