It is news of a few days ago: Twitter enters the “Voice” world, launching tests to send voice tweets. Until now they have been a prerogative of messaging platforms: will the Twitter test be the precursor that will change the paradigms of the way we communicate online?

It would not be the first time that the social network founded by Jack Dorsey takes the role of the pioneer (do you remember lives via Periscope?): the hope is that this time Twitter will be able to capitalize on innovation before others, more engulfing, competitors.

The “Voice” communications sector has been experiencing extraordinary expansion in recent times, thanks to the investments that many major players (primarily Google and Amazon) have made and continue to make in this direction.

As a proof, we mention two simple data:

Voice communication is definitively legitimized and grows at rates that estimate that in 2022 consumers who turn to voice assistants will account for 18% of the market.

Until a few years ago, voice messages were the exclusive prerogative of messaging platforms and apps: first WhatsApp and Telegram came, then Facebook (on Messenger and Direct) arrived. Voice messages have spread rapidly: over 200 million a day are sent on WhatsApp alone.

The success of Voice messages

The reasons for such a thunderous growth lie mainly in the extreme comfort that an audio communication entails. It is not necessary to stare at the screen as when the message is typed, but simply hold down a key, moreover at an extremely low point on the screen (facilitating the UX for the person), and speak. Indeed, on Telegram it is not even necessary to press the button for the entire duration of the voice message: press play when you want to start, and then stop the recording, deciding whether or not to send the message. An extreme simplification of the communication process, as it is easy to observe.

A communication that, requiring such a marginal physical effort, can be made at any time, even while engaged in other activities (excluding driving, of course): another great pro for “vocals” fans.

However, one of the main objections raised by the detractors of the vocal notes is the following: why send a vocal message, which will usually be followed by a more or less rapid response, when you can directly telephone?

Simple, because sending a voice message does not require an active role on the part of the recipient and, moreover, a phone call involves a considerably higher attentional effort, to both interlocutors.

And the almost total cancellation of physical interaction (read: comfort) is the same reason behind the success of the so-called “voice-based smart speakers”, that is devices such as Alexa, Echo Dot and similar. 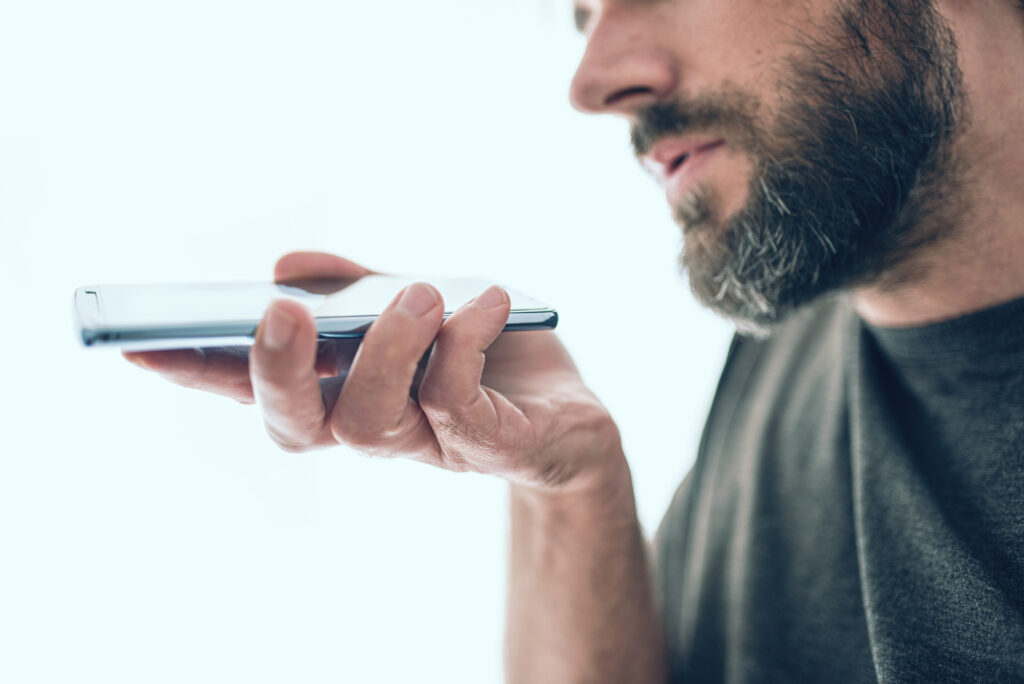 Will Twitter be able to regain strength, thanks to “voice tweets”?

And these reasons are the same that have also pushed Twitter to test this function, in the hope of being able to find the definitive turning point to recover the lost ground against Facebook. According to the report published in January 2020 by We Are Social, 2.5 billion people are active monthly on the platform created by Mark Zuckerberg; on Twitter, the figure barely amounts to 340 million.

Here too, if you want to carry out an extremely synthetic but equally significant analysis, you can identify two macro-reasons to motivate such a deficit. The first is the degree of user knowledge: Facebook has grown so much also and above all to the depth of knowledge of its users; the more time people spend on Facebook, the more the algorithms will be able to provide the same content in line with their tastes and expectations. This sweetening of the confirmation bias translates into an extreme accuracy of the data that Facebook is able to offer to advertisers, guaranteeing them an equally extreme optimization of advertising investments.

The second reason is more intrinsic, and lies in the format of the communication. Twitter was the last social to surrender and open up to the use of multimedia content within its posts. Nonetheless, Twitter is characterized by being essentially the micro-blogging social par excellence: whatever you want to say, you have 280 characters available (double compared to a few years ago). Thanks to this peculiarity, and to the extreme rapidity of disclosure, since 2006 (year of foundation) the platform created by Jack Dorsey quickly spread especially among journalists and operators in the world of information. And in the following years it never managed to evolve too much. A distinctive sign of uniqueness that soon ended up becoming the main limit of Twitter: moreover, images are processed up to 60,000 times faster than text, let alone videos (which have become the main online communication format in the meantime).

Testing of Twitter voice messages on iOS is underway

Hence, probably, the decision to test voice tweets. In the coming months, following the tests that will be carried out in the coming weeks on iOS devices, the possibility of attaching to your tweets an audio file – recorded at the moment – lasting 140 seconds, almost two minutes and a half, could be extended to all Twitter users.

Among the most interesting aspects of this new format of tweets is the potential explosion of the so-called micro-podcasting, a phenomenon that is becoming increasingly popular thanks to Spotify, Spreaker and other dedicated platforms. The use of Twitter would guarantee greater simplicity, both during the production and distribution of these podcasts. A type of communication on which Facebook (also owner of Instagram, not to be forgotten) has not yet apparently arrived. Will this be the innovation that will sanction the long-awaited relaunch of Twitter?