There are not many doubts about whether men and women choose, in purchasing situations, on the basis of different motivations (Bakewell, Mitchell, 2006). Statistical-demographic analyzes highlight purchasing behavior based on many factors: sex is undoubtedly one of the most investigated. The distinction and definition of preferences is a mechanism that can be deciphered on the basis of multiple aspects.

If there are some components that border on obviousness (needs or conventions), there are others that are implicitly cultivated by the brands, through their advertising campaigns, communications or more generally by the image of themselves that they manage to make people perceive. Its potential buyer audience over time can also be defined on the basis of sensitivity to these values.

This consideration becomes particularly evident when it comes to cars. A certain number has emerged for several years demographic tendency in consumer behavior, as noted for example by Forbes. There are brands that are statistically aimed more at a male rather than a female audience.

But what does this mean from a practical point of view? One of the cornerstones of advertising highlights how communication is more effective when the consumer is known (McQueen 1993). Today we will give you a preview of how an image, extrapolated from a car advertisement can considerably influence the level of engagement of potential consumers.

A frame of an advertising spot influences consumer engagement. #neuromarketing

What happens in the customers’ minds?

The brain waves, in particular in the frontal lobe, change according to the emotions we are feeling. In particular there is an asymmetry between the right and the left hemisphere, which allows us to identify pleasant emotions, from those that are not pleasant (Davidson, 1996, 2004).

In the image above you can see an engagement index (to learn more about the topic, see our article Neuromarketing and Brand Engagement) of how much the public responds, from a cerebral point of view, to the stimulation of the images of the spot (blue line). Higher values ​​indicate conditions of greater appreciation, of involvement. The red line represents the condition of baseline, or the situation in which people do not carry out any important activity or are subjected to stimulations classifiable as neutral.

Now we can return to our chart. As is evident in the central part (second 14, 15 and 16) there is a significant drop in the engagement index. If we retrace the video to see, step by step, what the user was looking at, we will see that the spot proposed the following image. Why did the brain respond that way?

What doesn’t work then?

We are also asked the question. And we tried to expand the reference context. In the example in question the automaker probably used the metaphor of an ice skater with the aim of making the concept of safety even on icy roads. The metaphor, in itself, works. The message from a logical point of view should arrive. On the other hand, the data shows that this image is not appreciated, but is perceived as out of tune with the context.

A broader analysis has allowed us to identify that the car model, and in particular the brand in question is characterized by having a primarily male public. At this point the circle is squared. The skater takes a series of contradictory stimulations, tendentially of female domination, to the point that the user, who is being carried away in a vortex of emotions, which in his head have deep features of masculinity, reports a negative experience from a cerebral point of view.

The user is rarely able to define this concept verbally, but the analysis of brain activity allows us to have a magnifying glass of everything that happens, regardless of awareness. In this case the brain manifests a negative response, since, according to our hypothesis, the chosen frame does not appear to be congruent with the brand values. 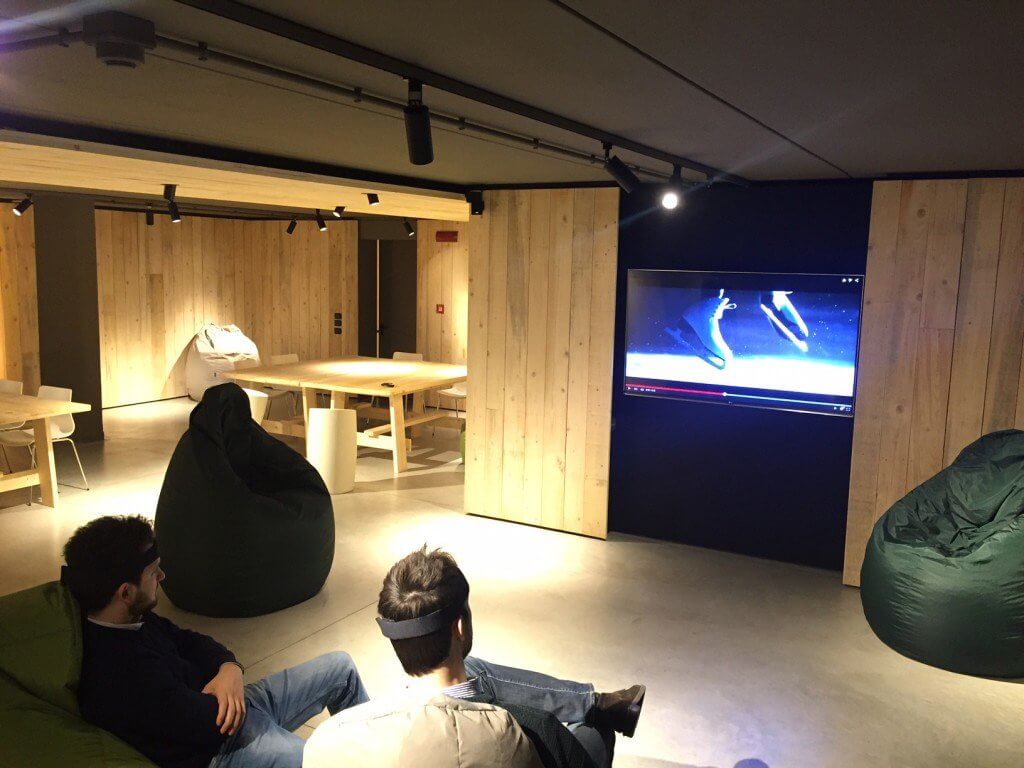 A moment of testing within the TSW XP Lab

So what would have happened if a male hockey player had been used instead of a female skater?
We could not stop at a hypothesis, and we went to investigate if there could be different brain modifications, replacing the image in question with that of one hockey boot, with the intention of modifying only the implicit references and not the communicative will. 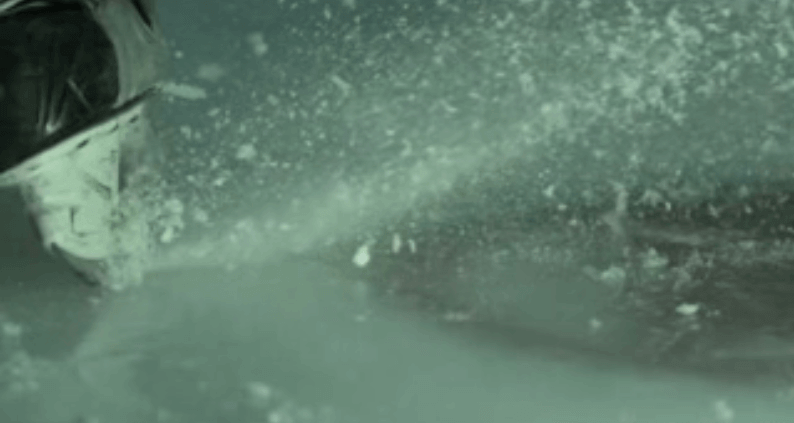 Below the result. In modifying the exposure to a frame, with implicit elicitations consistent with the brand, significantly higher average pleasantness levels are obtained (p <0.05).

The methods of investigation today allow us to explore and measure worlds of which we have always known the importance, but which until a few years ago simply passed from the sensitivity of the experts. Today we have the possibility of directing the rudder with decidedly higher precision margins. It’s not enough to have a good boat to get to your destination. They serve skill, instrumentation and above all experience who can put these two components together. 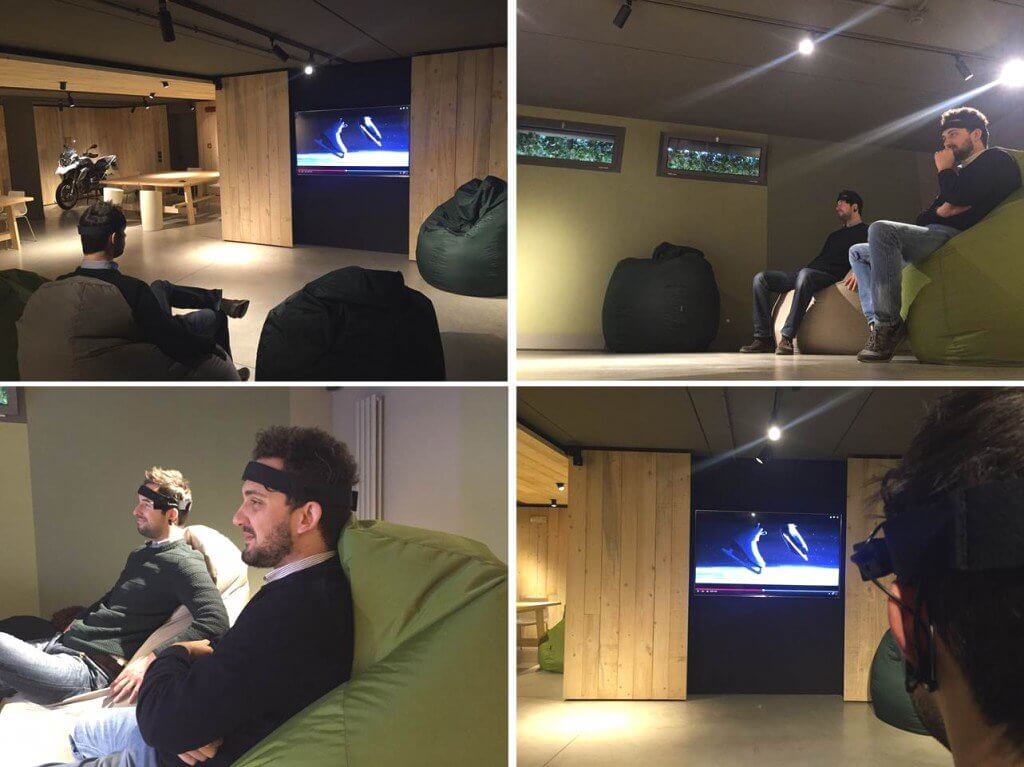 Some moments of the test nel TSW XP Lab

User Experience and Customer Journey also pass through these important channels. The TSW User Experience Lab provides for the preparation of test rooms also suitable for adv and television communication, in a constant tension towards research and analysis with objectives that are by now indispensable in the communication context.
Some moments of the test in the TSW XP Lab.