Cognitive biases: the mental shortcuts that influence our choices

What is behind the decisions, simple or not, that we make every day? What are the levers that influence our decision-making processes, without us realizing it, from purchasing an aftershave to the destination of the next vacation?

The answer has to do with cognitive biases: the mental shortcuts that influence our choices. Every day, everything we choose is influenced by processes, conscious or unconscious, that our brain activates. It therefore becomes essential, when planning any experience, to take it into account. 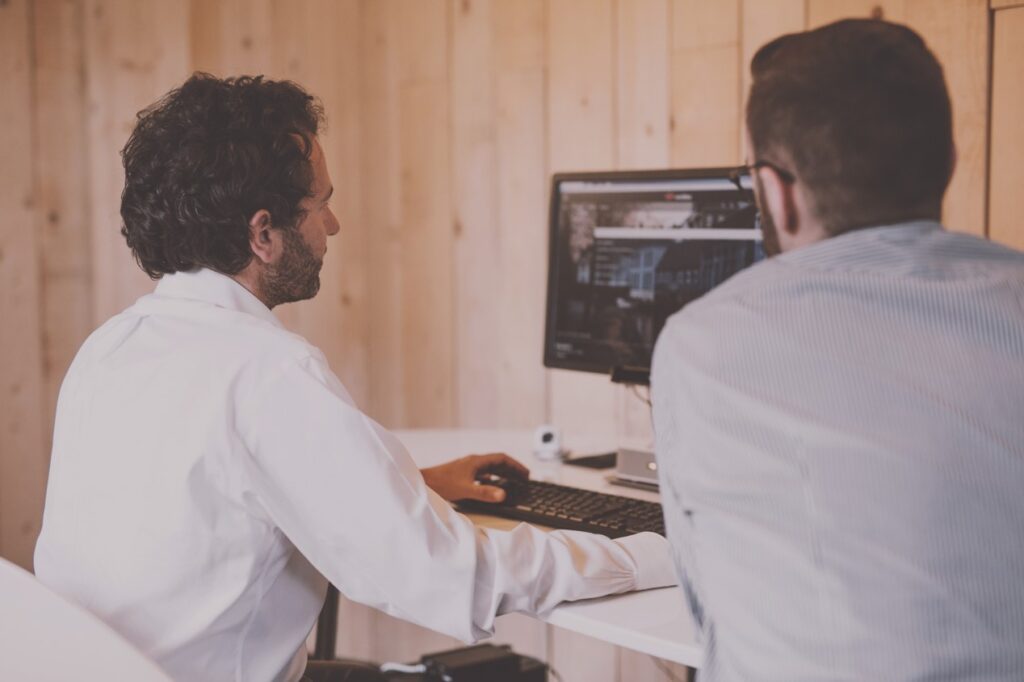 The origin of cognitive bias: let’s start with the heuristics

It is very likely, considering the now widespread use also in our language and in different contexts, that the term “bias” is not so foreign to a lot of people. It is equally true that the word “bias” is often used improperly, distorting its meaning. So let’s try to clarify and really understand what cognitive biases are.

To understand what a cognitive bias is and where it originates from, it is important to first understand the basic functioning of our brain. In its complexity, the brain follows a very simple and linear logic where incoming information (also known as inputs or stimuli) is processed and subsequently used as a basis to create responses (complex or not) that allow us to interact with the surrounding environment. In doing this, our brain, according to our needs, carries out a process of filtering information, which otherwise would arrive in such an amount as to overload the entire system. This filtering mechanism occurs at multiple levels (conscious and unconscious) through the cognitive process of attention. However, the attention process to be implemented requires a great effort in terms of energy and time and for this reason it is not always the best answer in terms of costs / benefits. To overcome this problem, evolution has made it possible for humans to produce crude but decidedly faster answers through the use of “cognitive shortcuts”, known today as heuristics.

Heuristics, therefore, are cognitive processes that allow the use of a limited number of information to produce a first cognitive response which, if necessary, can be subsequently optimized. As human beings we use these techniques daily and unconsciously and it is precisely for this reason that we are equally unconsciously influenced by cognitive biases. But what is it, and how do you go from heuristics to bias?

Cognitive bias: what is it and how does it work?

The term bias, although not having a clear origin (some say it derives from English, some from the old French “biais” and others from Provençal), reflects a unique meaning: “a tendency to distortion” 1, that is a variation with respect to a condition of natural equilibrium. Cognitive bias is therefore nothing more than the result of a distortion, a short circuit, within the heuristic process that results in erroneous choices, behaviors and judgments. This distortion, therefore, can be of different types and of different origins: it may in fact be the result of an incorrect selection of the initial information, or of a fallacious interpretation of the latter influenced by pre-existing beliefs, impressions or perceptions in the individual. We can therefore consider the bias as the cognitive version of that universal constant which is the error.

The most common cognitive biases

One of the most common forms of cognitive bias present in our daily life is the so-called “availability bias”, which leads us mistakenly to think that certain events happen more frequently than they really happen only because, due to the strong emotional impact that they have on our psyche, are easier to recall.2 This is why people tend to overestimate the likelihood of being attacked by a shark while swimming, of falling victim to a terrorist attack by going to the market, or of having a plane crash on returning from vacation.

A second type of very common and at the same time very dangerous cognitive bias is the “confirmation bias”. This type of bias is instead characterized by the tendency to attribute excessive importance to information and stimuli that go in favor of our opinions or hypotheses to the detriment of those that instead invalidate or contrast them; even when these are clearly in the majority. This type of bias then creates a kind of selective blindness that causes people to make wrong decisions based on their beliefs.

In some situations, cognitive biases are even exploited to take advantage of them; an example is the “Halo effect” or “Halo error”. It is no coincidence, in fact, that famous people are used as testimonials for many advertising campaigns. The basic idea, used by many companies, is to exploit the unconscious tendency that people have to attribute positive impressions relating to the subject in question to the brand or product that is advertised, thus making a sort of erroneous qualitative transfer. This transfer therefore has the final result of creating a distorted idea of ​​the product, which will be associated with positive qualities that in reality we could not provide (at least the first few times) due to lack of experience.

These are just a few of the known cognitive biases, the full list is huge and this is not the place to describe them all. However, if you are interested in learning more, we recommend this link, where you will find all the cognitive biases we are aware of today inserted in a single graph that you can use to better inform yourself about each of them. But now let’s move on with our investigation; we have seen that these biases seem to have developed as a side effect of a cognitive strategy designed to provide us with an advantage: but is this short circuit a human prerogative? Does it manifest itself only in species with a high cognitive potential or do we have evidence of its existence in other species as well?

Are cognitive biases a human prerogative?

Considering the way in which heuristics, and consequently the cognitive bias, have evolved within human cognition, it is plausible to think that similar phenomena may have also occurred in other species. In fact, some studies in the field have shown that even some species of animals, such as dogs, rabbits, rodents and even non-vertebrates such as bees, are subject to different types of bias 3,4,5, which consequently is not to be considered oneself a human prerogative. This consideration therefore allows us to locate the onset of these adaptive processes far back in evolutionary history. In addition, continuing to follow its development, it is interesting to observe how not only is it not a single prerogative of ours, but that we have even inadvertently been able to transmit it: this is the case of artificial intelligences. In fact, even in this context there have been found (you may have heard about racist and discriminatory algorithms on television or in some debate on the radio) cases of errors due to bias present in the data with which the algorithms were trained and which consequently influenced their final decision-making skills. But if the cognitive bias is so deeply rooted within our being, is it possible to counter it in some way?

Can we tackle cognitive biases?

The most correct answer, despite not having scientific data to confirm this, would be: “no”. No, because, as we have seen previously, almost all of these cognitive biases manifest themselves unconsciously. How, then, could we avoid the arising of a problem that we are not aware of? One might think of trying to analyze every problem, every decision, in a more analytical, pragmatic way, following logical reasoning, but even here evolution has already provided us with its own answer: heuristics. The efficiency of these processes is so good that, even considering the side effects, the cost-benefit ratio always works in their favor given the enormous advantage they offer. However, although we cannot eliminate this type of side effect that mental shortcuts bring with them, it is at least possible to reduce their incidence by trying to reduce or avoid situations in which we know we are most vulnerable and which favor the onset of these phenomena.6

How? We do this by involving people in our activities – whether it is the design of an online experience, such as a website or a content strategy, or an offline experience, such as the information architecture of physical spaces or an environmental test – and combining the vertical skills necessary for the project with a range of other skills that have their roots in psychology and neuroscience.

This peculiar mixture of knowledge, in which we have believed for years, allows us to observe and know the reactions that certain activities can arouse in the end customer, so as to collect the elements necessary to avoid or at least reduce exposure to distortions of experience that may undermine its quality.