The Di Caprio-Oscar duo started in 1994, with the outcome we all know: zero Oscar. Until tonight.

But this is the story that all the newspapers know and tell. What we are not given to know is what passed in his mind in these 22 years of tormented relationship with Hollywood’s most famous theater. His interviews on the subject are politically correct, despite the ironic cartoons of all kinds on social media. But what can the face of one of the greatest actors in the world reveal on the night of the awards? There is something we can discover through his spontaneous micro facial expressions, just before knowing who would be the winner?

#CongratsLeo for winning the #Oscar! But what does his facial expression tell us?

Well, yes. There is an instrumentation for decode basic emotions through facial micro-expressions (if you missed it, read our article “Face Reading: understanding emotions to satisfy your customers“). And this instrumentation allows to analyze photos (or single frames) and videos in which the face of a person can be identified. Whatever the situation, if the image quality is good enough, you can go back and find out what the person felt at that moment, in that specific situation. Be it in front of a shop window, a supermarket shelf or in the front row at Dolby Theater in the midst of hundreds of colleagues, in front of millions of eyes from all over the world.

With the #FaceReading you can find out what a person feels at a time. #neuromarketing

The investigation is obviously amusing and ironic. But the internal goal is to demonstrate how accurate the instrumentation can be in identifying an emotion who wants to be hidden. It is evident that in this situation, a particularly good actor could manage to mask his emotions. It is clear that to appear sporty, to appreciate the victory of a colleague, is one of the priorities. But experience and data tell us that this does not happen when the person is not yet an expert (young actor), or when the emotion is particularly strong. In fact, over the years Leonardo Di Caprio has largely learned to dominate his emotions, at least those that can be detected by his face. For the nomination for “Buon compleanno Mr. Grape” his face was still an open book and the discomfort in his face (and also the feeling of surprise) is particularly evident. But nothing comparable to the sadness for losing “The Wolf of Wall Street“.

With the same film, its optimism, its happiness before knowing who still has to win is clearly superior in the event organized by the Hollywood Foreign Press Association. On the other hand, he received 11 Golden Globe nominations, winning 3 times. There is a kind of habit. There are not many victories, compared to nominations, but always better than the results obtained at the Oscars.

But the bitter disappointment is evident even in the presence of feelings of disgust. The emotion is particularly evident once again for “The Wolf of Wall Street“. And we return to hypothesize that the victory at the Golden Globes put him in a position to hope that it was the right time.

The biggest disappointment for The Wolf of Wall Street: peaks in Sad and Disgust #OscarForLeo

Di Caprio’s face has given interviews to the whole world. Not everyone was able to be sure of what he was really communicating, more or less voluntarily. In the context of emotions, the hypotheses are never lacking. Anyone can make an opinion about an emotion. But despite our convictions, we are not always skilled interpreters (it is one of the main awareness of the phenomenon of naive psychology).

Understand how a negotiation was conducted, understand what your Skype user was communicating in addition to the words, understand if our customer is really satisfied at the counter, these are all answers we can get today. In most cases, we have the answers to our most amletic doubts in our drawer, in our database. All it takes is the user to have video taken. It is not even necessary in this case to question him, and ask him for opinions that risk being conveyed by the context. It would be enough to be able to interpret his emotions. How he lived that moment. Or are you really convinced that your customers are better than Leonardo di Caprio in controlling micro facial expressions? 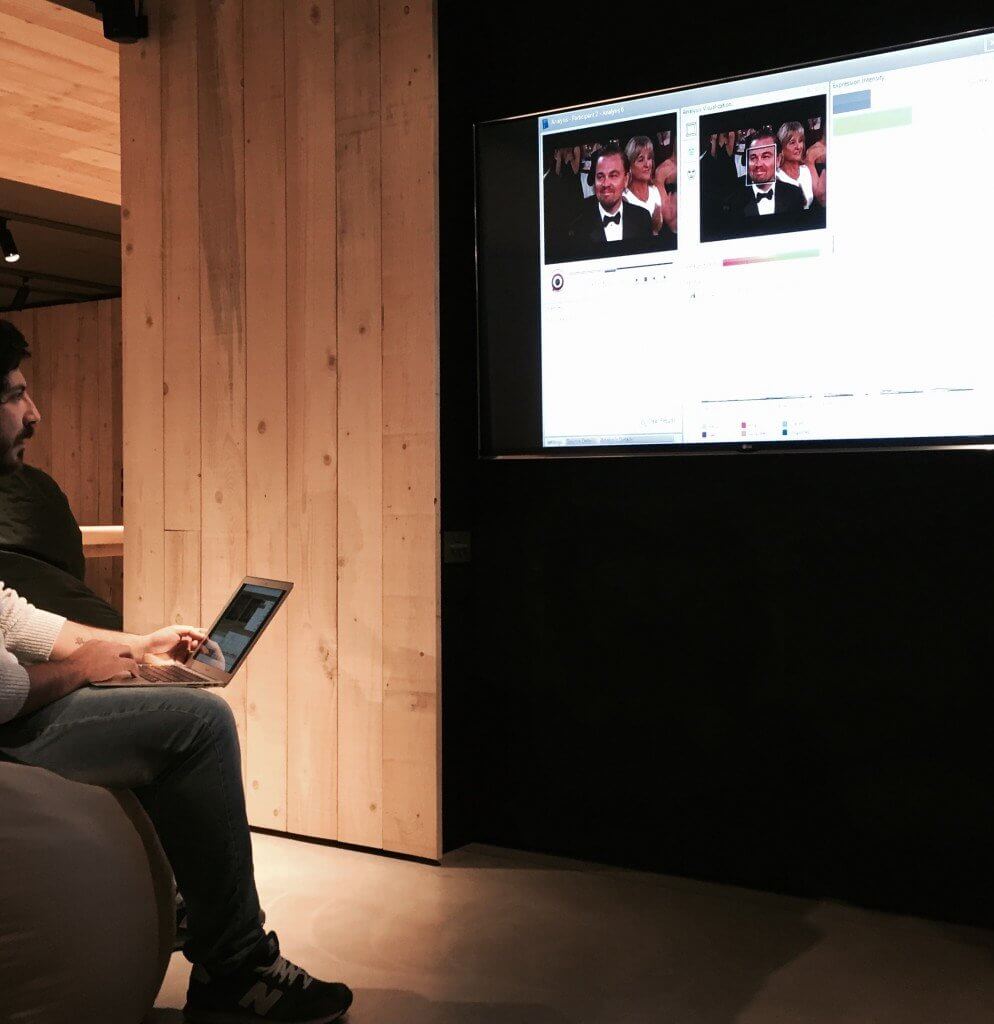 So why do we tell you this little experiment we did? Simple: Face Reading is one of the tools we use in ourselves XP Lab by TSW, and is one of the tools that allows us to carry out disintermediate and non-invasive analyzes of what a user really feels in front of a product, a video, a purchasing situation. So we are able to collecting, quantifying and scientifically analyzing emotions, comparing them, constructing new paths functionally to objective data.