The COVID-19 pandemic has severely changed our behavior. In an attempt to fight an enemy that is difficult to see, all the governments of the world have given behaviorial indications / suggestions / obligations aimed at preventing the spread of the virus.

It is quite simple to realize that all these limitations affect people’s quality of life. The complex thing is being able to understand how much. For this reason, we decided to try to add a piece of knowledge by conducting research on the relationship between wearing the mask and stress. Knowing the impact our behaviors have on stress allows it to be managed with greater awareness.

How did we search?

To answer the question we therefore involved 140 participants and asked them to participate in our research. People simply had to watch a television broadcast, wearing a micro-sweat detector. This tool allows to analyze the activity of the sympathetic nervous system. Half of the people watched the broadcast wearing a mask. The other half of the participants (being alone in the room) did not wear it.

During the experience, sudden stimuli appeared, designed to generate a startle response. The startle reflex is an automatic response, unaffected by voluntary control, to an unexpected and intense stimulus. The response is associated with an instinctive defense mechanism, and is considered a generic state of emotional reaction. The more stressed we are, the more reactive we are (Grillon & Baas, 2003). If you want to deepen the subject, I suggest this reading. And if you still have doubts about how it works, I try to exemplify it with a funny video:
https://youtu.be/GNZ3UCGjHo8

The repetition of the stimulus generates an increasingly lower response (habituation) in people. The alert will become lower and lower because in the meantime our body got familiar with that stimulus, catching us less unprepared. The time needed to adapt gives us information on our ability to cope with stress. If we take the example of the video, if I were to experience three “Bushman Pranks” on my way, it is reasonable to think that my alarm system is activated a lot the first time and that it decreases in the second and third cases, especially if they are close in time.

But let’s go back to our studio. What happened to our participants? 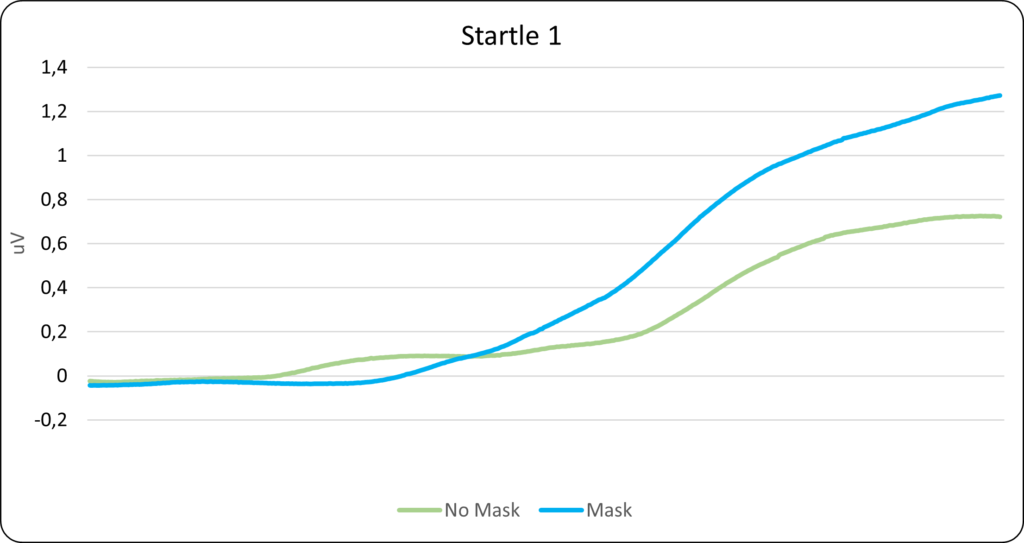 The graph shows how both groups responded by generating an involuntary activation, with very similar trends. However, the people who wore the mask reacted with greater intensity.

The first consideration is therefore that the response to a single stressful event is actually higher if we wear the mask. The stress to be managed is perceived as superior.

After about 10 minutes we presented a second sudden stimulus. 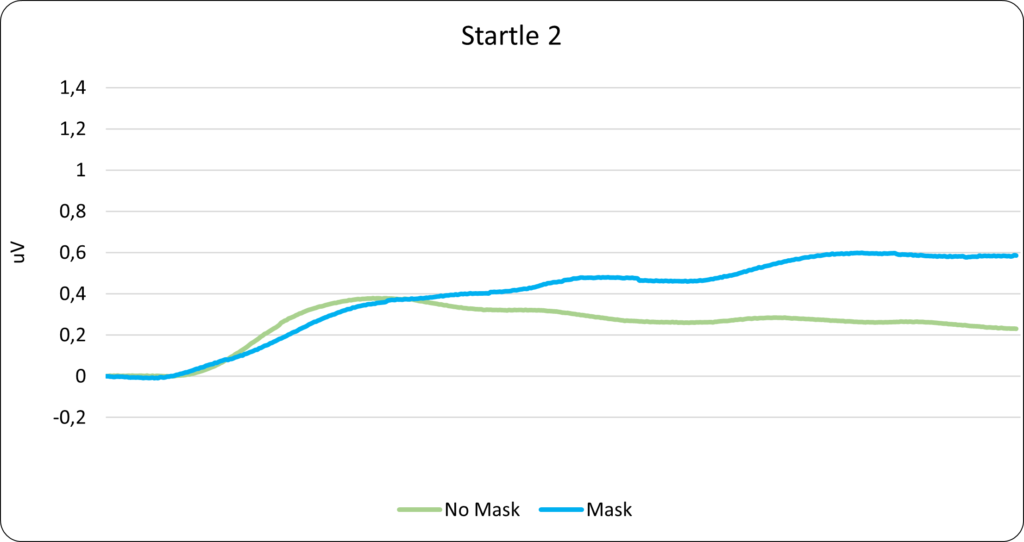 In this case it is immediately evident that people tend to respond much less than the first stimulus, as the textbook suggests. But in fact we still see a significant difference between the two groups. People with masks reach approximately the same level as the group without masks after the first stimulus. It is still evident that the response on the single stimulus is superior for the wearer of the mask.

After another 10 minutes, the third stimulus appeared. 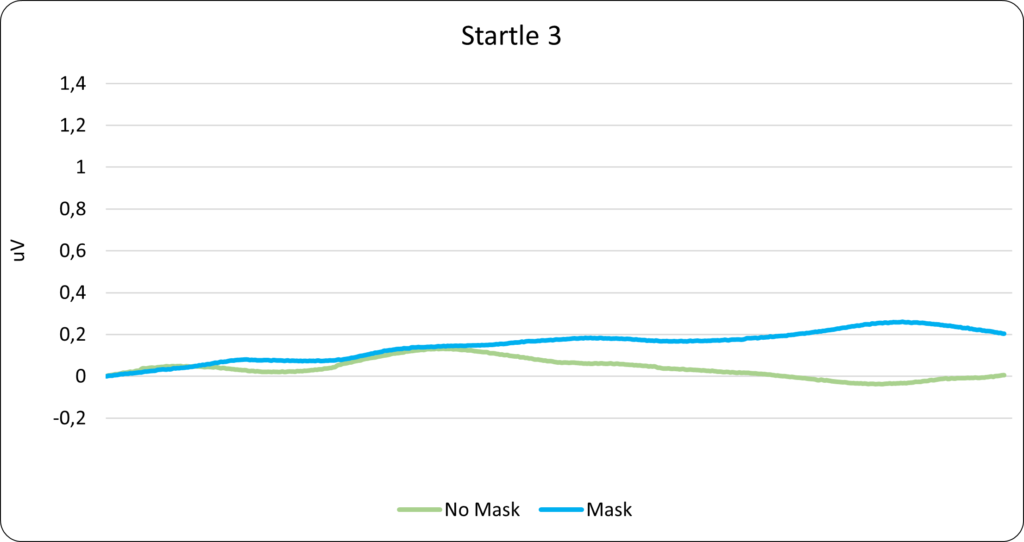 Once again the habituation effect is highlighted. In fact, the group without the mask does not actually respond, while the group that saw the transmission with the mask still remains emotionally stimulated.

Research shows how the use of the mask, in an interval of about half an hour, generates a greater reactivity to stressful stimuli. In fact, it increases activation in the face of stimuli and does so for a longer period of time. It is clear that, as a consequence, in the long run, responding with greater activation to stimuli generates on the one hand a greater expenditure of energy and on the other a high risk of stress.

So what? What can we do?

Considering an equal amount of work, a higher stress load will generate significantly lower performance over time. It is therefore normal to expect greater difficulties in staying focused, greater possibility of errors in subjects who always have to work wearing the mask. While on the one hand we cannot afford to judge the application of a law such as “the use of a mask is mandatory in the workplace”, on the other hand we can structure the environment around us and find solutions. For example, you can expect more breaks. We can foresee moments in the open air, alone. In this case the term “breathe” is particularly suitable, because these moments allow our body to stop up the effects of stress more effectively.

As in all those situations in which we cannot work on the origin of stress, we can, however, shape our environment to make that situation less impactful. It won’t eliminate the problem, but it will mitigate it. And doing so will benefit the individual, the company for which he works and the society in which he lives.