Home Journal Research into Experiences How has the relationship between people and digital devices changed, following the Coronavirus pandemic?

How has the relationship between people and digital devices changed, following the Coronavirus pandemic?

About a month and a half ago, the day it was published in our Journal, I read with curiosity an article written by a colleague: Giulia shared some very interesting reflections on how companies’ investments in online advertising have changed and consequently the costs of the same, following the spread of the coronavirus.

Her article gave me the cue to deepen an aspect of these last very intense months, a period in which, without wanting to, our habits have certainly changed: if radically, we can only say it over time. The theme specifically concerns our approach to technology and the daily use we make of digital devices. During the quarantine period did we use our devices more than usual? Has the way we inform ourselves changed, perhaps using digital communication channels more than traditional ones like television? Is that why advertising costs have changed? 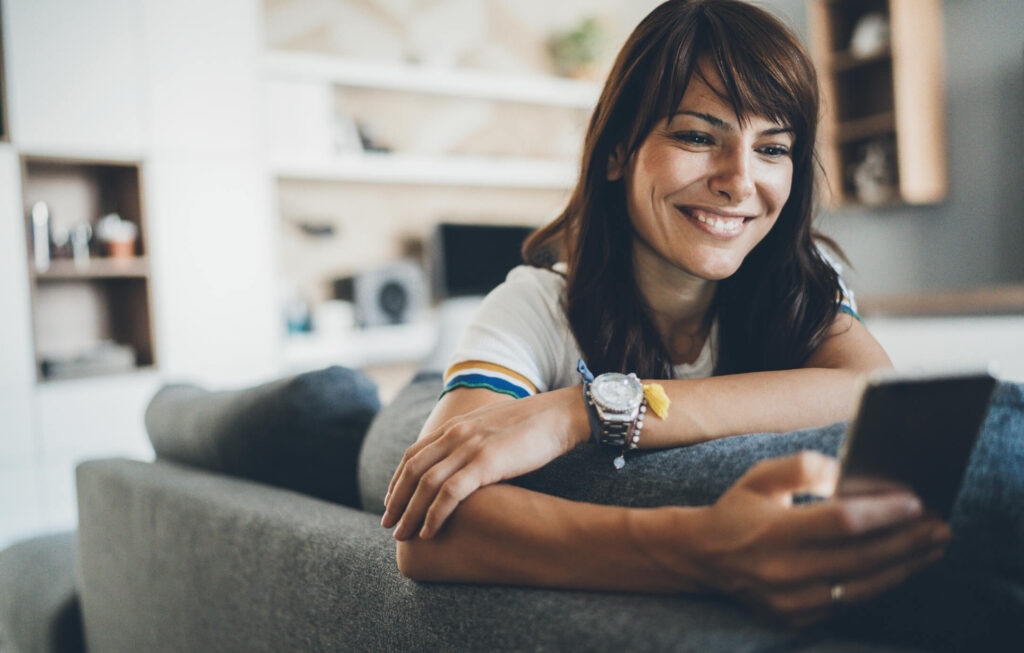 At the time of social distancing, some habits changed, others were born from scratch

Needless to deny it: these months have really put us to the test. Between the disorientation due to the news of the spread of an unknown virus, the impossibility of living the days as we would have liked with the spring that was coming, and a forced distance from loved ones and friends, starting from the month of March things have made really difficult. Not to mention the economic repercussions of all this.

Always citing, like Giulia, the research conducted by Global Web Index with data collected in March 2020, this time we could dwell upon some points that mostly concern the habits of people, and less those of companies, on which the colleague had concentrated in her article. Throwing an eye on the Italian market, the research shows a strong increase in the need for information: 35% of Italians said they had watched the news much more often in the period analyzed and this is a valid figure for almost all bands of age with the exception of the younger one (25-34 years) who for 32% preferred the entertainment of shows and streaming services, such as Netflix or Amazon Prime.

An app to download seems to correspond to each need

The research also tells us how in March an equally remarkable need to keep in touch with friends was born. Maybe not being able to meet them, to observe social distancing, made us re-evaluate some links? The fact is that 29% of Italians spent much more time using their smartphone on messaging platforms such as WhatsApp and Facebook Messenger, spending time in long chats or video calls.

Other behaviors to which we dedicate some lines are activities to which we were not used or which we had set aside for lack of time and which we have now started to do, perhaps under the advice of a friend or independently to overcome boredom. In this sense, listening to audiobooks (+16%), the use of computers or video games (+15%), the use of Spotify or Apple Music (+9%) and finally uploading or creating of videos on platforms like YouTube or the new Tik Tok (+3%). 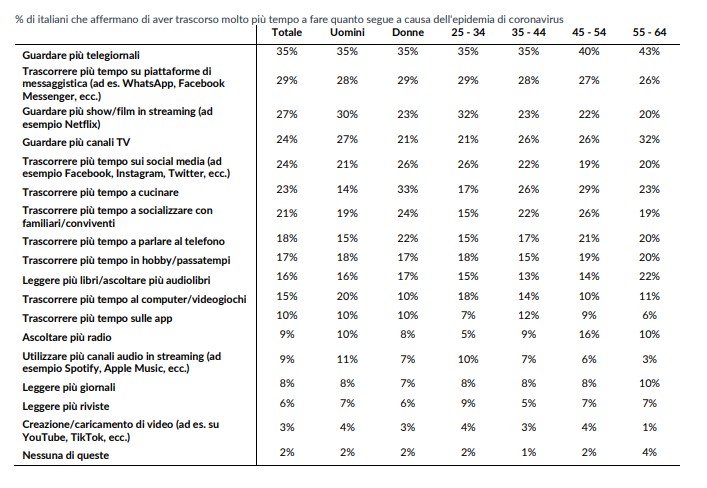 And speaking of Tik Tok, the Chinese application wins the primacy among the most downloaded on a global scale in the Covid period, followed by Zoom, the four apps of Mark Zuckerberg (Facebook, WhatsApp, Instagram and Messenger), Google Meet and Telegram. A wild download that during the period between April and June hit peaks like 35 billion downloaded applications. In particular, for Android devices, downloads have increased by 10% and of these as many as 45% have been game downloads!

What role have social networks played in this new relationship between man and technology?

For men and women aged between 25 and 64, the time spent on social networks such as Facebook, Instagram and Twitter has increased by 24%, without particular imbalances between one target and another, or at the gender level.

Always thinking of social media, it is curious to observe how their role as a medium of entertainment has also become that of an information channel in which people are constantly looking for new values ​​transmitted by brands, such as seriousness and reliability. Not surprisingly, one of the most curious evidences of the Global Web Index research is that two out of three Italians would consider it very useful if social networks were able to filter fake news. Thus, as many as 60% of people would like to leave social media an active role in these situations of global difficulty and would like them to become a useful tool for the community in order to face the emergency.

These data speak clearly and describe the changes that have occurred in our habits since March 2020. Who can say what will happen in the coming months? There are some attitudes that are part of us and that certainly cannot be eradicated easily. Others were born with such surprising speed and in such an unusual situation that perhaps they may already have become part of our daily lives. Knowing what other changes will come is obviously not possible, but listening to people and observing them is one of the best ways to try to identify new directions and trends.